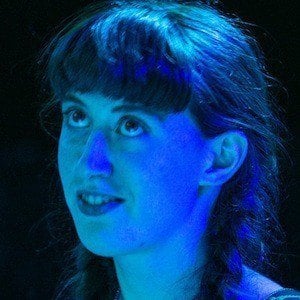 Greta Simone Kline, or as she is known publicly Frankie Cosmos, is an indie singer and musician who first rose to fame as the bassist for Porches. She then began her solo career under the alias Ingrid Superstar before releasing her debut album Zentropy.

She was introduced to music by her family and by 7th grade had focused on guitar playing despite having training in both piano and drums. She then went on to study poetry at New York University.

She has had small acting roles in the films The Anniversary Party and The Squid and the Whale.

Her parents are renowned actors Kevin Kline and Phoebe Cates. She has a brother named Owen. Her boyfriend, Aaron Maine, is the head of the band Porches and coined her stage name.

Many of her independent releases were inspired by the poetry of Frank O'Hara.

Frankie Cosmos Is A Member Of