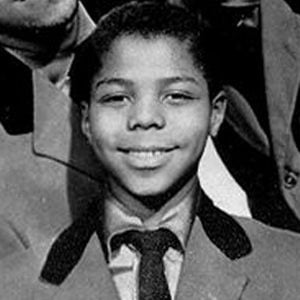 Rock 'n' roll artist and blues singer best known as the lead singer of The Teenagers, best known for their hit song "Why do Fools Fall in Love?"

He was drafted in the U.S. Army when he was twenty-two years old.

He gave one of his final performances on the ABC show The Big Beat with Alan Freed.

He was married three times. His last marriage was to Emira Eagle in 1967. He had one daughter, Francine Lymon.

His life was depicted in the 1998 film Why Do Fools Fall in Love, starring Halle Berry.

Frankie Lymon Is A Member Of