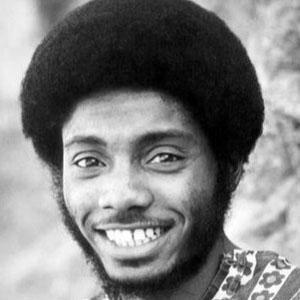 Stand-up comedian who was popular in the 1970s and also wrote for Emmy-nominated shows and played jazz. He has appeared in the films Car Wash, Stir Crazy, and Bridesmaids.

He dropped out of law school to pursue stand-up comedy full time.

He received two Emmy nominations for Outstanding Writing for his work on In Living Color and Politically Incorrect.

With a father from Sierra Leone and a mother born in Florida, he often joked he that is a true African American.

In 2011 he appeared in the hit comedy Bridesmaids, playing the father of Maya Rudolph's character, Lillian.

Franklyn Ajaye Is A Member Of