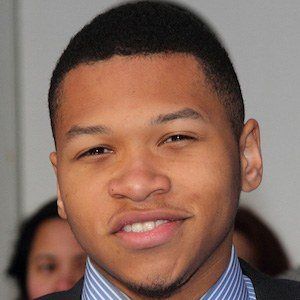 Gambian-British actor who first made a name for himself in a starring role in Hereafter; his other film credits including Attack the Block and Edge of Tomorrow. He began starring in The CW's Legends of Tomorrow as Firestorm in 2016.

He was a guest-star in a 2007 episode of Casualty, returning to the show in a different role for a three-episode stint in 2012.

He was featured in a recurring role in the show Some Girls.

He was born Franz Alhusaine Drameh in London, England.

He starred alongside Star Wars actor John Boyega in Attack the Block.

Attack the Block
Now Is Good
The Gentlemen
More