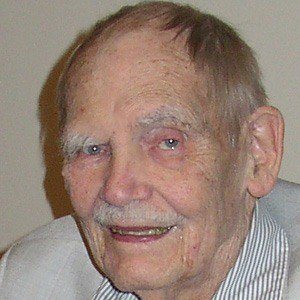 An American science fiction writer, he is best known for his Heechee saga. Gateway, the first novel in the series, was published in 1977.

He served in the U.S. Army during World War II.

He won the Hugo Award, the National Book Award, and the Nebula Award.

He married five times and fathered four children. He was born in New York City, and he died in Pallatine, Illinois.

He and Avram Davidson both won the Hugo Award.

Frederik Pohl Is A Member Of