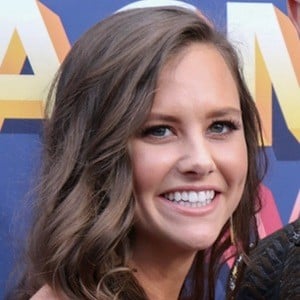 Pediatric nurse most famous for marrying country music star and American Idol winner Scotty McCreery in 2018. She has worked out of Duke University Hospital.

She graduated from Garner High School and the University of North Carolina.

She has appeared in several of Scotty McCreery music videos, including "Feelin' It" and "Five More Minutes."

She has a sister named Paige. In October 2022, she gave birth to their son, Merrick.

She is a fan of country musicians like Keith Urban.

Gabi McCreery Is A Member Of