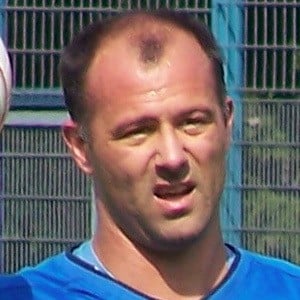 Goalkeeper who has gained fame for his club career played internationally, including for Crystal Palace of England's Premier League between 2004-2007. He has also earned caps for Burnley F.C. and 1860 Munich before signing with Szombathelyi Haladás in 2015.

He made his pro debut with Szombathelyi Haladás in 1993. He later moved to the German Bundesliga with Hertha BSC in 1997.

He shares two children with his wife Zsanett.

He competed against Frank Lampard in the English Premier League as goalkeeper for Crystal Palace.

Gabor Kiraly Is A Member Of