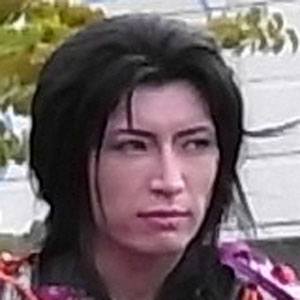 Japanese rock star who set a record for the greatest number of consecutive Top Ten tracks by a male Japanese solo artist. He has won numerous awards, including Best Asian Rock Artist at the M.net/Km Music Video Festival.

He worked as a studio technician and was a member of the band Cains:Feel for a short time.

Both of his parents worked as teachers. He was once married for a brief amount of time.

Gackt Is A Member Of