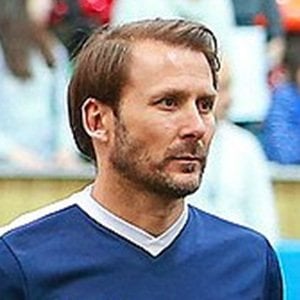 Former midfielder who represented Spain at international tournaments like the 1996 Summer Olympics and 2002 FIFA World Cup. He spent many years with Valencia CF, with whom he won UEFA Champions League, Copa del Rey and Supercopa de España titles.

He played in Castellón's youth academy before making his professional debut at age 17.

He married a woman named Carmina. His father was also a soccer player.

He played alongside Fernando Hierro on the Spanish national team.

Gaizka Mendieta Is A Member Of