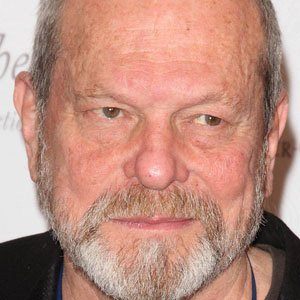 Member of the Monty Python comedy troupe who wrote and co-directed The Holy Grail and wrote the scripts for The Meaning of Life and Life of Brian. Outside of Monty Python, he has directed the films Brazil, 12 Monkeys and Fear and Loathing in Las Vegas.

He was an animator and a strip cartoonist, working for such publications as the satiric magazine Help!

The only Monty Python member not born in Britain, he was naturalized into British citizenship in 1968 and in 2006, he renounced his American citizenship.

He married British make-up and costume designer Maggie Weston in 1973. He and Maggie have three children including film producer Amy Gilliam.

He met future Monty Python member John Cleese while working at Help! and he and John would go on to star in a number of Monty Python productions together.

Terry Gilliam Is A Member Of