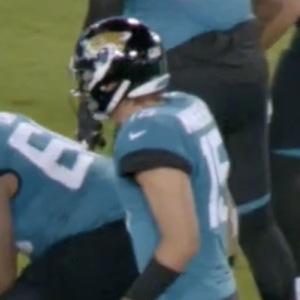 Quarterback who rose to prominence at the outset of the 2019 NFL season for his play with the Jacksonville Jaguars, who selected him in the 2019 NFL Draft's 6th round. His distinctive mustachioed look and personality boosted his popularity across social media during September 2019.

He played his undergraduate college football career at Troy, Northwest Mississippi Community College, and East Carolina University. He later transferred as a graduate student to Washington State, where he finished on the first team All-Pac 12 during his sole season.

He led the nation in passing in 2018 at Washington State. He was also named the Pac 12 Offensive Player of the Year and Johnny United Golden Arm Award winner.

His parents' names are Flint and Kim.

He replaced Nick Foles at quarterback during the Jacksonville Jaguars' season opening loss in 2019.

Gardner Minshew Is A Member Of