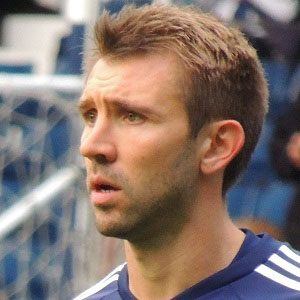 Irish defender who won the Irish Cup title with Coleraine in 2003 and has gone on to become a star player with clubs like Ipswich Town and West Bromwich Albion. He has also served as the captain of Northern Ireland internationally.

He began his senior career with Linfield in 1996.

He was born in Larne, Northern Ireland.

He has played under manager Tony Pulis at West Bromwich Albion.

Gareth McAuley Is A Member Of