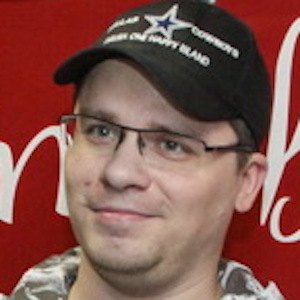 Russian actor and writer best known for writing and staring in The Best Movie and the Samyy Luchshiy Film movies. He is a long-time resident at The Comedy Club, a TNT stand-up comedy TV show, and has co-hosted the show since March 2015.

He studied at The State University of Management.

He discovered the comedy competition show KVN while at university. He put together a comedy troupe, The Golden Youth, and participated on KVN for seven years. The Comedy Club was eventually created by players on KVN.

He married actress Kristina Asmus in 2013. They have one daughter, Anastasiya Kharlamova, born 2014.

Pavel Volya is his co-host on The Comedy Club.

Garik Kharlamov Is A Member Of