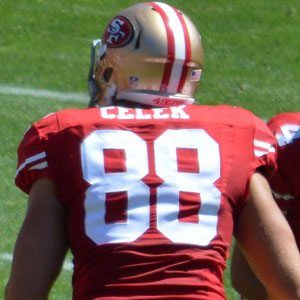 Brother of NFL tight end Brent Celek who went undrafted tight end from Michigan State in 2012. He made his way onto the 49ers' roster in 2012.

He was an All-Midwest selection after his senior season at La Salle High School.

He had 12 starts during his four years as a Michigan State Spartan and scored three touchdowns in his college career.

He and his brother were raised by Debbie and Steve Celek.

He followed in his brother Brent Celek's footsteps by playing at La Salle High School then reaching the NFL.

Garrett Celek Is A Member Of