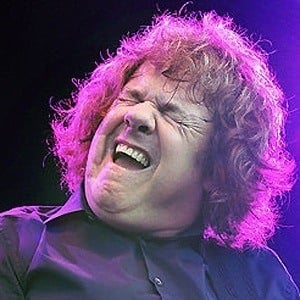 Powerhouse blues and rock guitarist who played with groups like Skid Row and Thin Lizzy and worked with such artists as Greg Lake.

Despite being left-handed, he played right-handed guitar. His first guitar was a beaten-up acoustic that he acquired when he was eight years old.

In 1968, he joined the group Skid Row with Noel Bridgeman and Brendan Shiels.

He was married in 1985 and had two sons: Jack and Gus. In 1997, he started living with his partner Jo, an artist. His daughter Lily Moore is a singer.

His music was influenced by that of Elvis Presley.

Gary Moore Is A Member Of