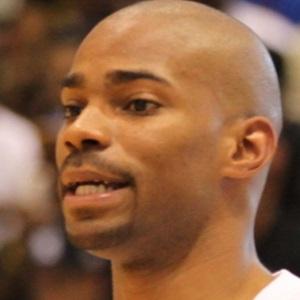 NBA Guard who began his career with the San Antonio Spurs in 2010; helped the Spurs reach the NBA Finals in 2013 where they were defeated by the Miami Heat; signed with the Milwaukee Bucks after the 2012-13 season.

He played 2 years of college basketball at LaSalle before transferring to Towson to finish off his college career.

He went undrafted in 2007 and proceeded to play basketball in Turkey, Spain, and Italy, before the Spurs finally signed him.

He was born to Gordon and Janet Neal. In 2010, he married Leah Neal.

He began playing alongside All-Star Power Forward Tim Duncan on the Spurs in 2010.

Gary Neal Is A Member Of