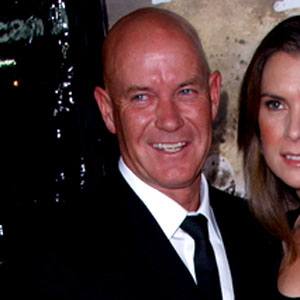 Known for his starring roles in such Australian television series as Cody, Stingers, and Big Sky, he also appeared with Helen Buday in the 2003 Rolf de Heer-directed thriller Alexandra's Project and played Drinian in The Chronicles of Narnia: The Voyage of the Dawn Treader.

While attending Sturt Teachers' College in Australia, he began his acting career by appearing in a 1980 horror film titled Nightmares.

He won two Logie Awards and an Australian Film Institute Award for his role in the Australian Broadcasting Corporation (ABC) series Police Rescue.

His first marriage was to television actress Lenore Smith. Between 1987 and 2014, he married three more times; his third marriage, to competitive swimmer Johanna Griggs, resulted in two children.

He co-starred with Hugo Weaving in a 1984 cricket-themed miniseries titled Bodyline.

Gary Sweet Is A Member Of

Adore
The Pacific
The Voyage of the Dawn Treader
House Husbands