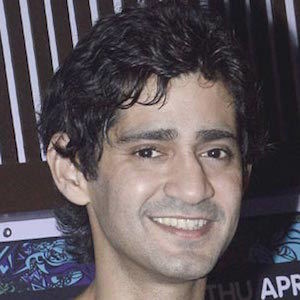 Indian actor and television host who made a name for himself hosting shows like The Great Indian Comedy Show. As an actor, he is best known for his roles in films like 2007's Ram Gopal Varma's Indian Flames and 2011's Chala Mussaddi - Office Office.

He made his television debut as the host of Maang Ta Hai in 1998.

He received an Indian Telly Award nomation for Best Anchor for his work hosting various Channel V shows in 2004.

He married actress Kirat Bhattal in 2014.

He acted alongside Mallika Sherawat in the 2008 comedy Ugly Aur Pagli.

Gaurav Kapur Is A Member Of