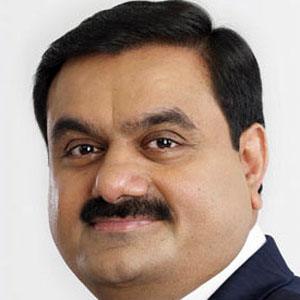 Businessman who became the chairman and founder of the Adani Group, expected to have a net worth of nearly $8 million.

His first business was a diamond brokerage business at the age of 20. He founded Adani Group in 1988.

He helped grow his gas and energy empire by establishing the Mundra port in India.

He and his wife Priti Adani had two children: Jeet and Karan.

He was one of India's most successful self-made businessman, much like CEO Subrata Roy .

Gautam Adani Is A Member Of