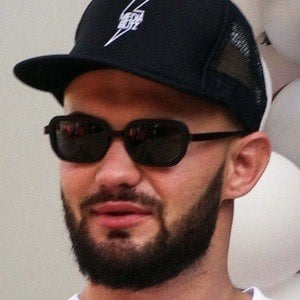 Ukrainian hip-hop artist who is best known for the singles "Ljubit` Bol`she Nechem," "Melodija," and "Ljubov`-narkoz." He released his sixth full length studio album Jig in 2016.

He wrote and performed his first song in the ninth grade.

In 2011 he was the recipient of Russia's prestigious Golden Gramophone award.

In late 2012 he married his wife Oksana Samoilova with whom he had three children.

He collaborated with Anna Sedokova on the 2010 single The Cold Heart.

GeeGun Is A Member Of