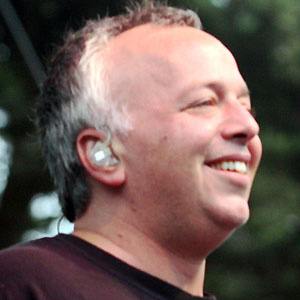 Founding member of the band Ween, who began making music in the mid-1980s.

He was childhood friends with another band member in Ween, Dean Ween, who was his classmate in a middle school typing class.

His guitar is a Gibson Les Paul.

During his solo career, he performed in a concert with Yes band member Jon Anderson.

Gene Ween Is A Member Of