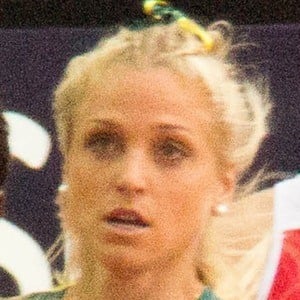 Professional runner who is know for competing in the 3000 metres steeplechase as well as the 1500 metres event. She is best known for having been selected to represent Australia at the 2012 and the 2016 Olympic Summer Games.

She first began running when she was nine years old. She attended the University of Florida where she studied applied physiology and kinesiology. She also competed for their Cross Country and Track and Field teams. She went on to compete in her first Olympic Games in 2012 in London.

She is known for having placed first at the 2012 Indianapolis American Milers Club in the 3000 metres steeple chase. She also finished first in the 1500 metres race at the same event.

She was born in Benowa, Queensland, Australia but was raised in Brisbane.

She competed in the Women's 3000 metres steeplechase at the 2016 Rio Olympics alongside fellow runner Emma Coburn.

Genevieve Lacaze Is A Member Of