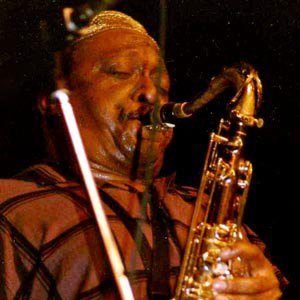 Multi-instrumentalist with an idiosyncratic singing style who has collaborated with a variety of musicians, like Gil Evans. He released many recordings on Blue Note.

He was influenced by the blues and was inspired by Rahsaan Roland Kirk. He helped found the George Adams-Don Pullen Quartet.

One of his last recording was called America, released on Blue Note.

He was born in Covington, Georgia.

He is known for his collaborations with Charles Mingus.

George Adams Is A Member Of