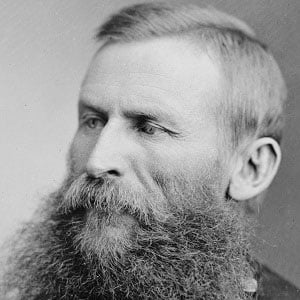 Military Major General who served in the Union Army during the American Civil War and also fought in the Indian Wars of the late nineteenth century.

He began his military career as a second lieutenant in the 4th United States infantry regiment, participating in Native American battles in Oregon and California.

He fought in Civil War Campaigns in Northern and Southwest Virginia.

He wed Mary Tapscott Dailey, a Virginian by birth.

During the Shenandoah Campaign, he fought alongside Union General Philip Sheridan's forces.

George Crook Is A Member Of