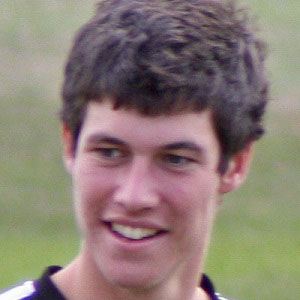 Irish cricketer who made his county cricket debut with Somerset County Cricket Club in 2010. With Ireland, he has participated in multiple Cricket World Cup and ICC World Twenty20 tournaments.

He began representing Ireland at the Under-13 level and was chosen to play at the 2010 Under-19 Cricket World Cup.

He was the youngest cricketer to play at the 2010 ICC World Twenty20 tournament.

He has been teammates with Marcus Trescothick at Somerset.

George Dockrell Is A Member Of