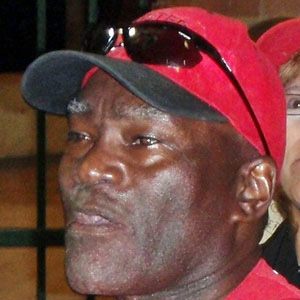 Feared right-handed hitter and a valuable part of the Cincinnati Reds 'Big Red Machine', winning World Series titles in 1975 and 1976.

He was drafted right out of high school by the San Francisco Giants in 1968.

He operated a non-profit organization that supported inner-city children of military families.

He had two daughters with his wife Shelia.

He played for Reds manager Sparky Anderson during the 1970s.

George Foster Is A Member Of