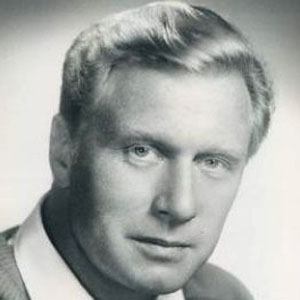 Actor who played Senator Smithers in the 1980s series Punky Brewster and portrayed Commandant Eric Lassard in all seven Police Academy films. In 1973, he appeared in The Way We Were, Slaughter's Big Rip-Off, and The Boy Who Cried Werewolf.

He began his career as a comedic stage performer in the 1940s.

He played a supporting role as the character John Van Horn in the 1982 comedy Tootsie.

He had two children with his wife, Allyn Ann McLerie.

He shared the screen with Steve Guttenberg in Police Academy 1, 2 and 3.

George Gaynes Is A Member Of