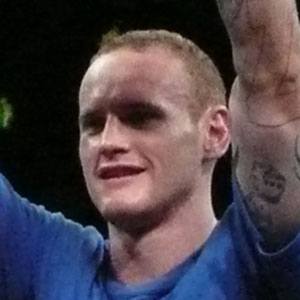 English boxer who won the Commonwealth super middleweight title in only his ninth fight after defeating Charles Adamu April 3, 2010; lost the title against Carl Froch on November 23, 2013.

He recorded victories in his first 19 professional fights.

As an amateur, his signature fight came when he defeated James DeGale.

George Groves Is A Member Of