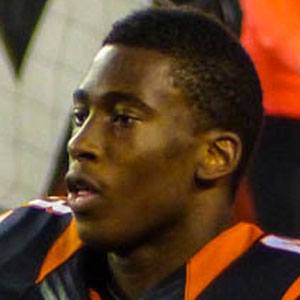 Strong safety who was a fifth round draft pick of the Cincinnati Bengals in 2012. He became a starter in 2013.

He was an All-WAC and All-MWC selection during his college career at Boise State University.

His first career interception came against the Vikings on December 22, 2013.

His parents are Clara Iloka and Arinze Eugene Iloka. He has two siblings named, Ugochi and Ekene.

He intercepted a pass from Matt Cassell after a lucky deflection at the end of the 2013 season.

George Iloka Is A Member Of