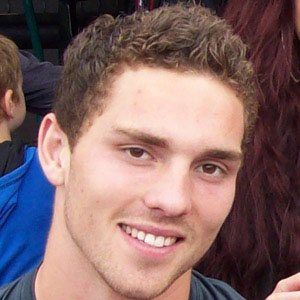 Winger who made his senior debut in 2010 for the Scarlets. He quickly became a star for Wales' national side. In 2013 he began playing for the Northampton Saints.

He played U16 junior rugby for Llangefni, Pwllheli, Rhyl, and Gogledd Cymru.

On November 13, 2010, at 18 years old, he became the youngest Welsh player to score in his international debut.

He was born to Dave and Jan North. He began dating Olympic cyclist Becky James in 2014.

In 2011 he broke a record held by Joe Roff, and became the youngest player to score a try at the Rugby World Cup.

George North Is A Member Of