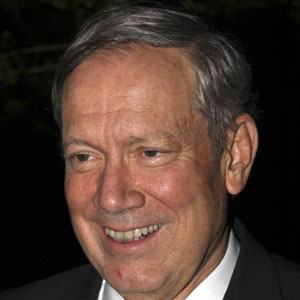 Republican politician who served three terms as Governor of New York. Previously, he had been a member of both the New York Senate and the New York State Assembly and had also served as Mayor of Peekskill, New York.

He graduated from Yale University in 1967 and went on to earn a law degree from Columbia University.

After leaving his post as Governor of New York, he became an attorney with Chadbourne & Parke and worked on renewable energy cases.

He was born and raised in Peekskill, New York. He later married Libby Pataki.

He and fellow Republican Bob Turner both had political careers in New York; Turner served his home state in the United States House of Representatives.

George Pataki Is A Member Of