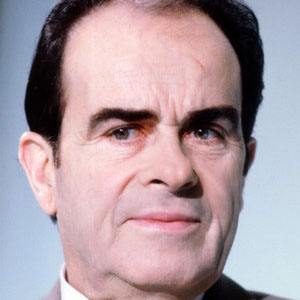 From 1972 until 1994, this French politician served as General Secretary of his country's Communist Party. He ran for President of France in 1981, but received just over fifteen percent of the total vote.

In the years leading up to World War II, he worked as a mechanic. Several years later, he held an executive position with the Metal Workers' Union of France's Seine department.

His politically-themed publications include Démocratie (Democracy) and Les Communistes et les Paysans (The Communists and the Peasants).

Born in the northern French commune of La Hoguette, he was raised in the Roman Catholic faith.

Like Marchais, the famous philosopher and author Albert Camus was a member of the French Communist Party.

Georges Marchais Is A Member Of