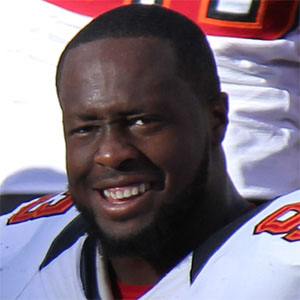 Defensive tackle who made his NFL debut for the Tampa Bay Buccaneers in 2010 and was selected to his first Pro Bowl in 2012.

He has a son named Marcellus and a daughter named Nevaeh.

Quarterback Josh Freeman was his teammate on the Buccaneers.

Gerald McCoy Is A Member Of