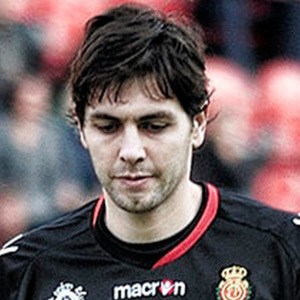 Goalkeeper who has gained fame for his club career spanning the globe, including for Argentinian Primera Division club River Plate. He helped the club win the 2002 and 2004 Primera Division Clausura titles.

He played in River Plate's youth academy between 1998-2001. He debuted professionally for the club's senior squad in 2001.

He won the gold medal as the primary goalie for Argentina at the 2004 Olympic Games. He won the Copa Libertadores in 2018 with River Plate.

He was originally born and raised in Carcarañá, Argentina.

He and Rafael Santos Borré have played as teammates for River Plate.

Germán Lux Is A Member Of