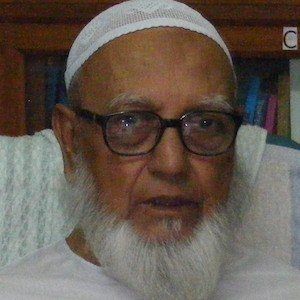 Former leader of the Jamaat-e-Isami Bangladesh who was sentenced to 90 years in prison by the International Crimes Tribunal in 2013 for war crimes he committed during the Bangladesh Liberation War.

He earned an MA in political science from Dhaka University.

He was known for heavily opposing Bangladesh's independence during the 1971 Bangladesh Liberation War and was accused of conspiring to commit genocide.

He and his wife Afifa Azam had six children.

He and former Bangladesh President Sheikh Rahman both graduated from Dhaka University.

Ghulam Azam Is A Member Of