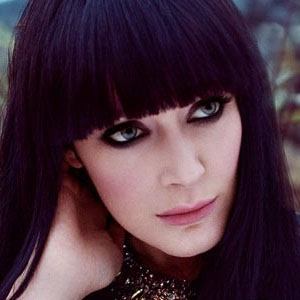 New Zealand singer-songwriter who scored her first hit in 2013 with the single "Bones," which hit #1 on the New Zealand singles charts and was certified Platinum that year. She has opened for big name artists like OneRepublic and performed on popular television shows like Live with Kelly and Michael.

She was born in Auckland and quit school to pursue a career as a musician at age 16.

Prior to her singing career, she was an established songwriter who penned songs for artists like Adam Lambert.

Her birth name is Virginia Blackmore. She has posted photos on Instagram of her mom and dad.

She collaborated with Australian Idol winner Stan Walker on the 2014 single "Holding You."

Ginny Blackmore Is A Member Of