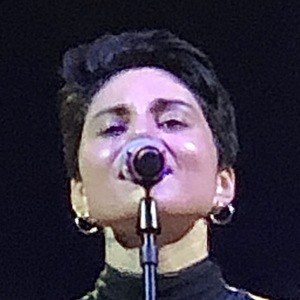 She started studying music at the age of 11.

She speaks Italian, French and English and she's said that she started singing after Britney Spears appeared to her in a dream.

She's lived in Latina, Italy with her mother and sister.

She's come out as homosexual and has expressed a crush on dancer Elena D'Amario.

Giordana Angi Is A Member Of