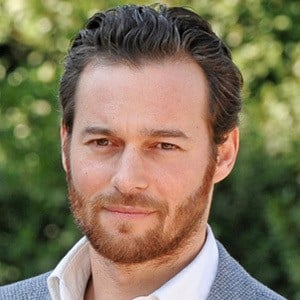 Italian actor who is known for his feature film, television, and theatrical appearances. He is best recognized for having starred as Nicola in the 2010 film Mine Vaganti as well as the recurring role of Francesco Miraglia in the 2009 television series Il Bene e Il Male.

He started his career as a guitar player in the band Taverna Marchesi. His acting debut came in 2003 when he starred in the mini series Una Vita in Regalo. That same year he made his feature film debut as well in Amore Imperfetto.

In addition to acting, he is also known for his work hosting and leading several television programs including the program La Guerra Dei Sessi on the DeA Sapere HD network.

He was born and raised in Bergamo within the Carnovali district. He married fellow actress Simonetta Solder and together they have two children named Giacomo and Pietro.

Giorgio Marchesi Is A Member Of