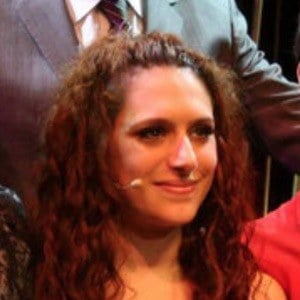 Peruvian actress and singer who starred as Mirkala in the popular TV show Esta Sociedad. She's also known for her work in theatre, she starred in the musicals Cabaret, La Cage aux Folles, Next to Normal, Hairspray, and Our Town.

She took ballet, singing, and dancing classes at an early age. She played Peeper in the theatre production of Annie in 1996.

She was the opening act for Paramore's South America Tour in 2011.

She was born and raised in Lima, Peru.

She played as Isabel in the 2013 Peruvian comedy Asu Mare starring Carlos Alcantara.

Gisela Ponce de León Is A Member Of