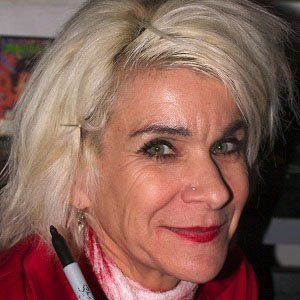 Singer best known for her years as as a member of the rubber-clad gothic rock band Christian Death in the 80's. She has since been involved in a number of other musical projects, including Demonix and The Crystelles.

She was born in San Francisco and joined the band Pompeii 99 after answering an ad placed by singer and guitarist Valor Kand. The band later joined forces with Rozz Williams to create Christian Death.

She is a published poet whose work has appeared in the books like 2011's The Blood and 2013's Virgin Prunes Une Nouvelle Forme de Beaute.

She has children named Sevan and Zara with Valor Kand. She later got engaged to former Christian Death bandmate Rikk Agnew.

She collaborated with Rozz Williams on a cover of the song "In Every Dream Home a Heartache," originally written by Bryan Ferry of Roxy Music.

Gitane Demone Is A Member Of