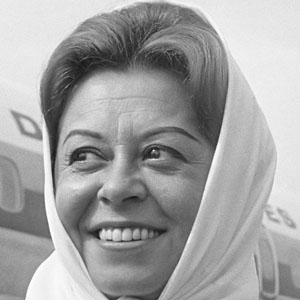 Actress whose starring role in the 1954 film La Strada earned her a Best Actress award at Cannes Film Festival. She also starred in the 1957 feature Nights of Cabiria.

After starting her acting career at university, performing at the Ateneo Theater, director Federico Fellini picked her out of a stack of photographs for his musical theatre program.

She was deemed the "female Chaplin" for her ability to create comedy solely through expressions and gestures.

She was married to Federico Fellini, director of both La Strada and Nights of Cabiria, for 50 years.

In 1969, she starred in her first English-speaking film, The Madwoman of Chaillot, alongside Katharine Hepburn.

Giulietta Masina Is A Member Of