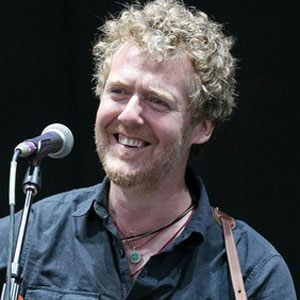 Folk singer and actor who makes up half of the duo The Swell Season alongside Marketa Irglova. He and Marketa composed the music and starred in the 2007 Irish musical film Once in 2007, winning an Academy Award for Best Original Song for "Falling Slowly."

He dropped out of school when he was 13 and began performing music on the streets of Dublin.

His first solo album Rhythm and Repose peaked at #21 on the US Billboard chart in 2012.

He was born in Ballymun, Ireland.

He appeared in the 1991 comedy The Commitmens, directed by Alan Parker.

Glen Hansard Is A Member Of