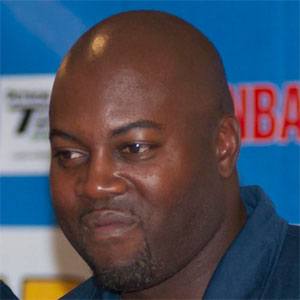 Small forward who began his career with the Miami Heat, then became a 3-time NBA All-Star with the Charlotte Hornets from 1996 to 1998. Prior to his NBA career, he became the all-time leading scorer at the University of Michigan, helping lead the Wolverines to an NCAA Championship in 1989.

He had a remarkable career at Flint Northwestern High School in Michigan before joining the University of Michigan's basketball team in 1985.

Best known for his three-point shooting, he led the league in three-point field goal percentage in 1997 and won the Three-Point Shootout in 1995. He made 1,559 three pointers during his 15-year NBA career.

He was married to Cristy Rice, a reality TV star on The Real Housewives of Miami.

He and Chris Webber are two of the most celebrated players in the history of Michigan Wolverines basketball.

Glen Rice Is A Member Of