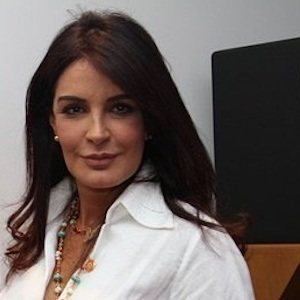 Known by the stage name Kiara, she is a singer and actress who first became popular during the 1990s. Having released over half a dozen albums, she is particularly known for 1990's Buscando Pelea.

She first began performing as part of her school choir. After earning a law degree at Andrés Bello Catholic University, she decided to begin pursuing a recording career.

Outside her musical career, she has acted in television shows like Macarena, The Wife of Judas, and Nadie me dirá como quererte.

She was married to her first husband, Marco López, from 1983 until 1990. She was then briefly married to Alejandro Sucre from 1995 until 1997. She finally married Pascuale Tuffano in 2000.

In 1990, she released the single "Tesoro Mío" with Guillermo Davila. The song peaked at #3 on the Hot Latin Songs chart after its release.

Gloria Delgado Is A Member Of