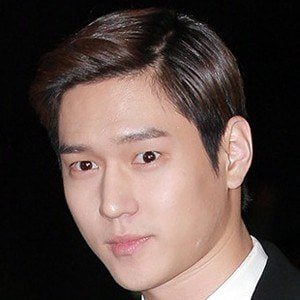 South Korean actor and comedian best known for his time as a regular cast member on Saturday Night Life Korea. He has since been seen in shows like Cantabile Tomorrow, Reply 1988, and Jealousy Incarnate.

His acting career began in 2010 with his debut role in the second season of the drama Jungle Fish.

In the 2015 film The Treacherous, he portrays the historical figure Grand Prince Jinseong.

He was born in Incheon, South Korea.

He stars alongside Gong Hyo-jin and Jo Jung-suk in the 2016 SBS television series Jealousy Incarnate.

Go Kyung-pyo Is A Member Of