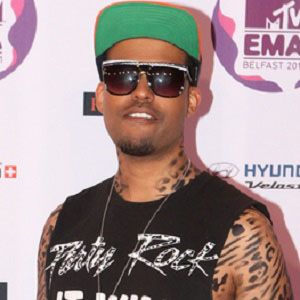 Born David Jamahl Listenbee and better known as GoonRock, this hip hop producer, songwriter, and vocalist is perhaps most notable for his contributions to LMFAO's Sorry for Party Rocking album.

At the start of his career, he worked with Dr. Dre, Kanye West, Ne-Yo, and several other high-profile hip hop artists.

He and fellow rappers Redfoo and will.i.am were junior high school classmates.

He spent his early days in Princeton and Trenton, New Jersey, and the remainder of his childhood in Chicago, Illinois and Los Angeles, California.

He produced and co-wrote Jennifer Lopez's hit 2012 single "Goin' In."

GoonRock Is A Member Of