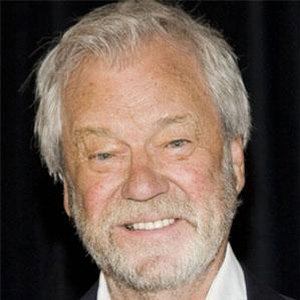 Actor who was the recipient of a 2004 Governor General's Performing Arts Award and provided the voice of King Babar in the 1989 film, Babar. He also portrayed Hap Shaughnessy on The Red Green Show and appeared in Blacula.

He suffered from the bone disorder rickets as a child and was part of The Royal Canadian Regiment from 1948 to 1951.

In 1980, he was made an Officer of Canada and received three Honorary Doctorate degrees.

He had two children during his marriage to Irene Reid. After their divorce, he was married to actress Charmion King from 1962 until her death in 2007. They had one child together.

He was good friends with fellow actor Marlon Brando and accompanied him to drive-in movies with his wife and children.

Gordon Pinsent Is A Member Of