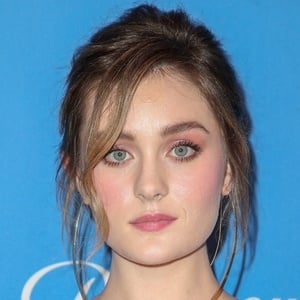 Television actress kown best for her role as Melanie Cross on CBS's Under the Dome. She later began starring in Starz's Now Apocalypse and Netflix's The Society. In 2019, she was cast in the bio pic Extremely Wicked, Shockingly Evil, and Vile.

She decided to pursue an acting career when she was just thirteen years old and was active in the performing arts program at her high school.

She also appeared early in her career in short films titled Scarlett and Open Your Heart Campaign.

She grew up in Lexington, Kentucky, and, during her late teens, relocated to Los Angeles, California. She has a younger sister.

She and Aisha Hinds both appeared on Under the Dome.

The Society
Under the Dome
Now Apocalypse