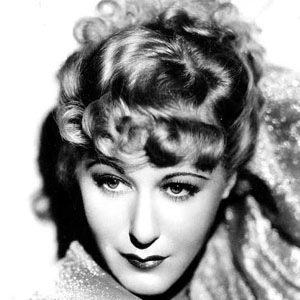 Singer who starred on both the Metropolitan Opera stage, Broadway, and in film, known by the nickname the Tennessee Nightingale.

She studied singing in New York, performing in nightclubs to make a living and beginning on Broadway in the Roaring 1920s.

She performed at the Met in Paris, singing in several Italian operas, and giving a Royal Command Performance at the Covent Garden in London.

She was born Mary Willie Grace Moore in Slabtown, which is modern-day Del Rio, in Cocke County, Tennessee, moving with her family to Knoxville at an early age.

At the height of her popularity, MGM sought to give Moore equal billing to Maurice Chevalier in one of their movies, which so upset the Frenchman that he left Hollywood.

Grace Moore Is A Member Of