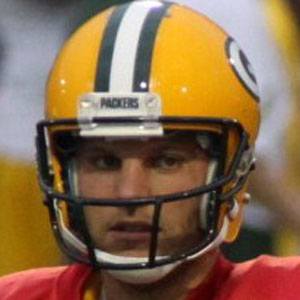 Quarterback who signed with the Green Bay Packers in 2010, and though he never took any snaps, he was part of the team that won Super Bowl XLV.

He had an illustrious career at Texas Tech University.

He set an NCAA record for most passing touchdowns in a career, and became the first player to ever post consecutive seasons of 5,000 in more yards passing.

His parents are Kathy and Sam Harrell, and his father is a renowned high school football coach.

One of his most popular targets in college was wide receiver Michael Crabtree.

Graham Harrell Is A Member Of